Built in the early 1900’s this Historical Ballroom Venue

has all the features needed to host your next wedding 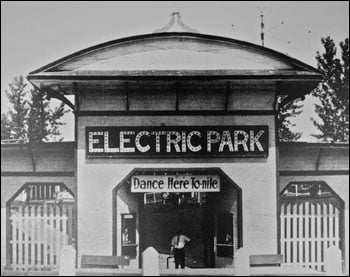 The famed Electric Park Ballroom got its start when R.E.

Peterson developed a 14 acre site outside of Waterloo.

The original site included an amusement park with rides,movie house, 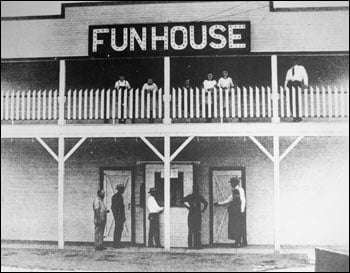 The concept for the ballroom did not come

about until the 1930’s when a fire swept through

Electric Park and destroyed much of what had been built.

In 1934, the “New” Electric Park Ballroom was constructed

after the earlier fire. The driving force behind the development

of the famed ballroom was once again, R.E. Peterson.

merry-go-round, with all the property

now included in the city limits of Waterloo.

The likes of Jimmy Dorsey, Glen Miller, and

Guy Lombardo were top draws at 25 cents a head.

In the late 50’s, Electric Park took to rock and roll like so

many other ballrooms in the region with bookings for

Johnny & The Hurricanes and Bill Black’s Combo being common.

Today the ballroom is operated by The National Cattle Congress

which has done a superb job with operation and upkeep on this beautiful facility.

We’d all like to welcome to The Hall of Fame, the famed

Electric Park Ballroom of Waterloo, Iowa, still rockin’ after all these years. 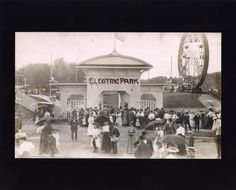